Mike writes “I was hunting last year when encountered this thing. First off I’m from the Mississippi Gulf Coast, the Biloxi area, I was hunting the Leaf River Wildlife Management Area about 40 miles north of the coast.

December 14th I was up in my tree stand about 30 ft up I was hunter a powerline, and I heard something off to my right very close coming through the woods, it sounded like it was very big.

At the time I was thinking 2 things, either another hunter coming in on top of me, or a very big buck or black bear because we have a few protected black bear here. It was coming through the woods slowly, but it was super loud and what ever it was at the time seemed to stop occasionally and seemed to be breathing deep and hard. When I heard this thing breathe I knew it was no deer. It made it about 30 yards from the powerlines and stopped again, and I could not see whatever it was because the woods was way to thick. I had my rifle set to see whatever it was when it finally came out the bush, and on to the powerlines.

It stayed motionless in the bush for a very long time at least 30 minutes, I started second guessing myself. Then it finally come out the bush solid black and on all 4’s. At first I thought it was a bear it’s was about 150 yards out, and about 4 in the afternoon, and the sun was already behind the trees but I had about an hour of daylight left, it was facing away from me. So I put it in the scope and something about it was off, all of a sudden this thing sat on its butt like a human with its feet on the ground and arms to the side. Wes man I lost it, I knew nothing about these things I stood up in my stand and started yelling at it!!!! I was freaking and panicking. This thing jumped up and the speed and the way this thing moved was like something out of this world, like something out of a DC comic book. It started looking around and panning, it was huge 8ft at least!! Oblong cone shaped head has he mouth and I could see every muscle in its body. It’s was scanning the trees doing a 360 it never knew I was there I guess.

This animals started screaming so loud that it was vibrating me, it was almost like it was pissed off because it couldn’t find the source of the noise it heard. It started talking to itself!!! It looked very confused and it was walking around in circles and it got within about 70 yards and I put it back in the scope, and that’s when it saw me or my movement. Omg!! I got a very good look at this thing to say the lease. First off it didn’t have fur like say a bear or any other mammal. I was long hair like human hair, but very long. It was standing there looking at me motionless, eyes were jet black very little facial hair, skin was grayish dark brown under the hair, it looked like there was just shoulders and a head, if there was any neck at all it’s very short,very kind arms past it’s knees and I scoped this thing in it had dirt in its fingernails. I was shaking so bad and it looked so human in the face, the thing kept smiling at me or showing it’s teeth it had perfectly bright white square teeth like us or a big horse, I mean this thing was something out of the realm of reality but the facial features this creature was making at me was so humanish it was almost a sense of fear but also calmness for a moment or 2. Wes I really thing these things are a people. So this thing had me locked on to it, there was no way I was getting out of my tree for I was scared for my life, so it started talked again but louder, it had a language that sounded like jibberish, grunts and whistles it stuck its toughest out and it’s was big pink and huge also, then it looked dead at me again, finally I broke out of my fear, because this thing knew where I was at and looking at me and wasn’t going anywhere.

I looked dead at this creature and waved my hands in the air and said WHAT DO YOU WANT????? When I did that, all hell broke loose this things eyes got real big, and it’s almost like he blew at me, like a big sound energy hit me right in the chest li actually felt it and then it started yelling so loud all it’s hair stood up and when it yelled it looked like it’s face was caving in on itself and would go back to normal, this thing ran on 2 legs for about 50 yards and then dropped backed down to 4 legs and then ran back into the brush behind me, and started pushing trees down!!! Full grown pine trees down I was in panic mode and got down and ran to to the powerlines I thought, well if I’m going to die, at least I’ll have a fighting chance if I can see it in the clearing so I started heading south back down the powerlines, I left a 400 dollar summit titan jack up stand on the tree, I cared nothing about this thing was behind me moaning and screaming and tearing the woods up, and I’m only 5/9 170 pounds with a 7mm magnum across my shoulder and about 500 yards from my truck, I still had a little light left it was dusk.

This thing was still pushing trees and tearing woods up and all a sudden I heard something on the side of me about 30 yards in the woods walking not to me but with me, I heard him sound off behind me yelling sounding off very loud but there was something on the side of me walking also, mimicking very step I make getting closer and closer, I started running as fast as I could, but whatever was on the the side of me, was keeping up and moving in on me, finally out of fear, and fatigue and despair, I stopped and crank a shot in the air out of my thunderstick my gun, and when I did that it got super quiet. I started jogging again and I heard nothing. I got to wear I could finally see the top of my truck, I got to my my truck finally and right when I put my key in the door it sounded off again about a mile back, way off, a high pitch yell with a gutter rolling sound at the end. I got home I cried all the way home out of disbelief , I had another paralleling me on the way out but never showed itself, almost like it was guiding me out. Before this happened I never believed in Bigfoot, or at least that they were out west and not in Mississippi. I still struggle with the PTSD from it, nightmares, I need a platform to get my experience out there I have to get it off my chest, maybe it will help me mentally, I told my dad that’s it, but I don’t think he believes it, all though he listens I have told no one else out of fear of ridicule.”

"Copyright Disclaimer under Section 107 of the copyright act 1976, allowance is made for fair use for purposes such as criticism, comment, news reporting, scholarship, and RESEARCH. Fair use is a use permitted by copyright statute that might otherwise be infringing. Non-profit, educational or personal use tips the balance in favor of fair use." The Sergeant Major's Truther Info channel is for Educational Purposes Only. Videos are shared/mirrored "free of charge" from a public domain with full credit going to the author/creator of the works (if known) and a link directly back to the author/creator's public domain website (if known).

The root breakdown of the word GOVERNMENT is GOVERN (TO CONTROL) and MENT (THE MIND). Governments are MIND CONTROL ORGANIZATIONS, put in place to keep the Unconscious Sheeple (aka Citizens) DUMBED DOWN, DIVIDED, and CONQUERED. 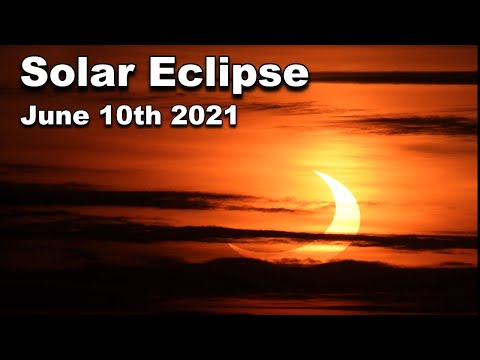